Advancing the Rights of Trans People: A Conversation with Rikki Nathanson 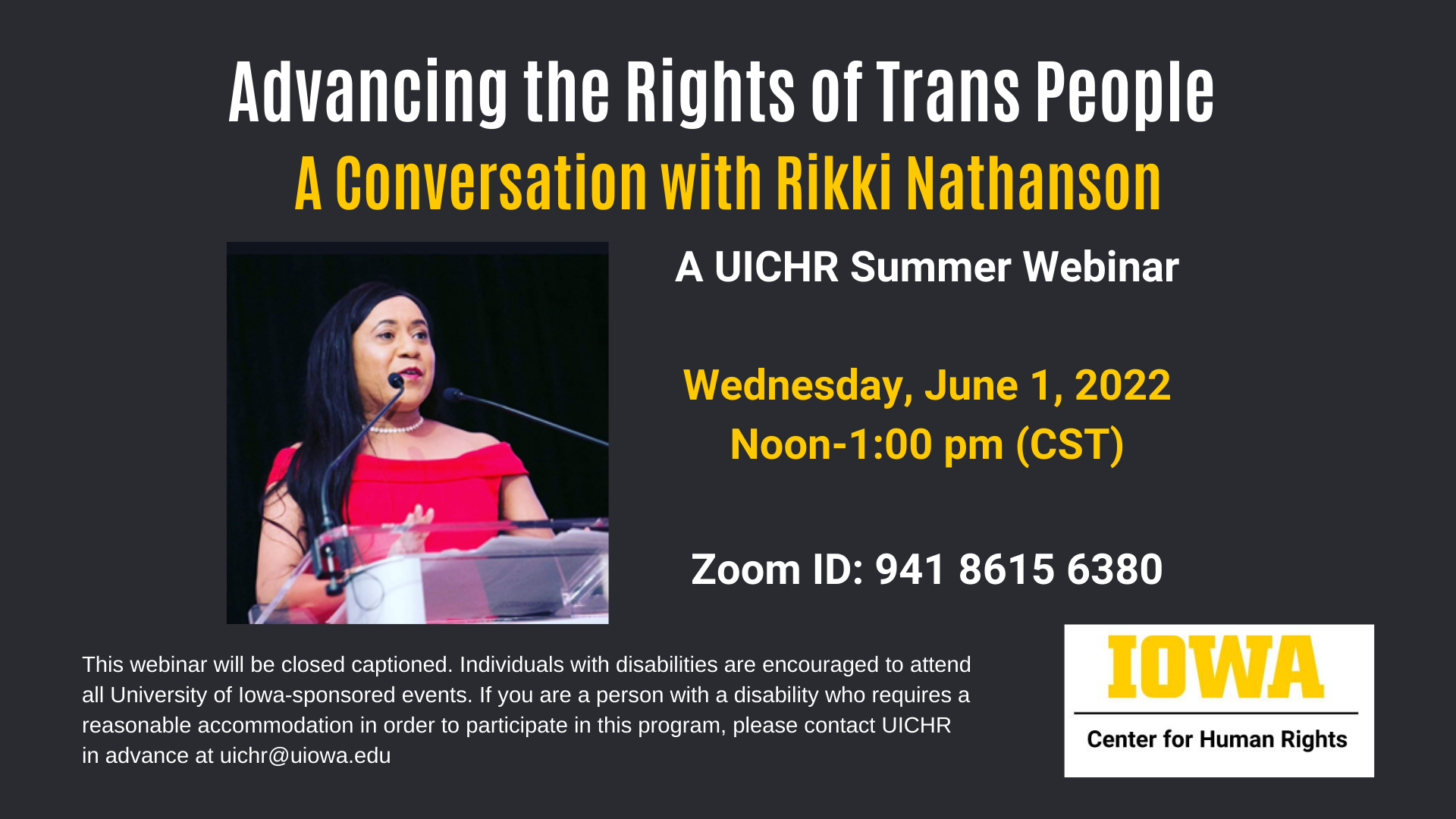 Rikki Nathanson is a fierce activist for the rights of trans and gender diverse persons, globally. Originally from Southern Africa, she formed the first trans specific and trans led organization in Zimbabwe in 2015, after being unlawfully arrested for using a female restroom at a local hotel. She then was instrumental in the formation of the Southern Africa Trans Forum.

Upon acquittal for her arrest in 2014, she took on the State of Zimbabwe with a civil suit. This act of bravery has proven to be risky to her life, and has seen her fleeing her home country of Zimbabwe and resettling in the United States of America. In November 2019, judgement was finally handed down in her civil suit against Zimbabwe, and she made history with the ground breaking judgement that has positively changed the legal landscape for trans and gender diverse persons not only in Zimbabwe, but further afield.

She continues her bid to improve the plight of LGBTQ persons globally in her work with OutRight Action International, GATE (Global Action for Trans Equality), IRGT (International Reference Group of Trans Women), SHE (Social Health Empowerment), South Africa and Trans Bantu Association, Zambia. Professionally, she holds a qualification with the Institute of Chartered Secretaries & Administrators of Zimbabwe.